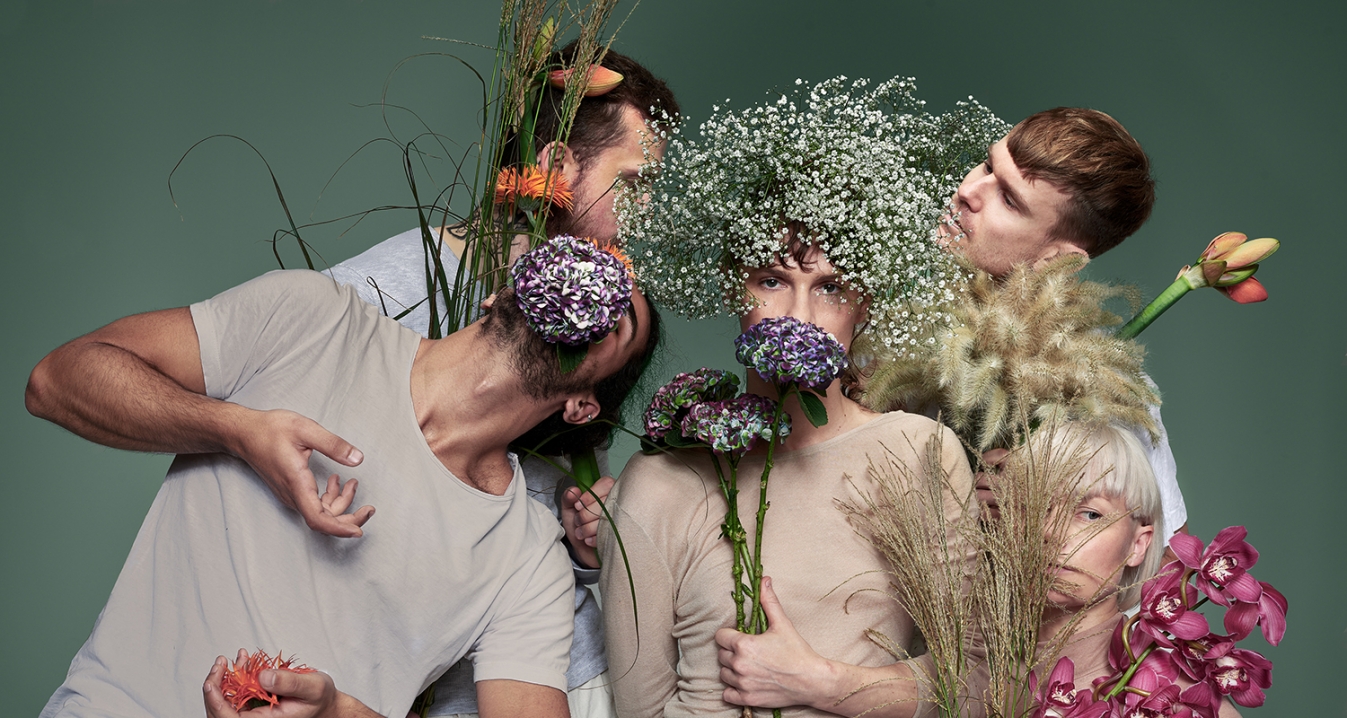 - A musical journey through centuries.

"In french slang, soufflette means blowing the smoke from one person’s mouth back into another’s. This is an intimate act during which one shares the most essential and yet ungraspable part of our existence: the air that keeps us alive and makes us high. Soufflette will be an exchange of air throughout the centuries. What if a medieval breath blew through our lips?

Musical archives from 12th and 13th century keep the memories of the first attempts at composing polyphony in the western world. This is a fascinating moment where we can witness how an organized community creates its own architecture, builds a way to coexist and sing together. The memory of those first polyphonies blows into our mouths, lungs and bodies. They confront with contemporary anthems to create unheard pieces.

Making a soufflette requires courage. It opens the gate to a demanding trip. With only their voices, their feet, their bodies and their dreams the dancers embark on this trip. They create their own folk made of songs, corporal percussions, ghosted dances and never-ending mutations. Their bodies become holy flourished altars from an ageless cult."