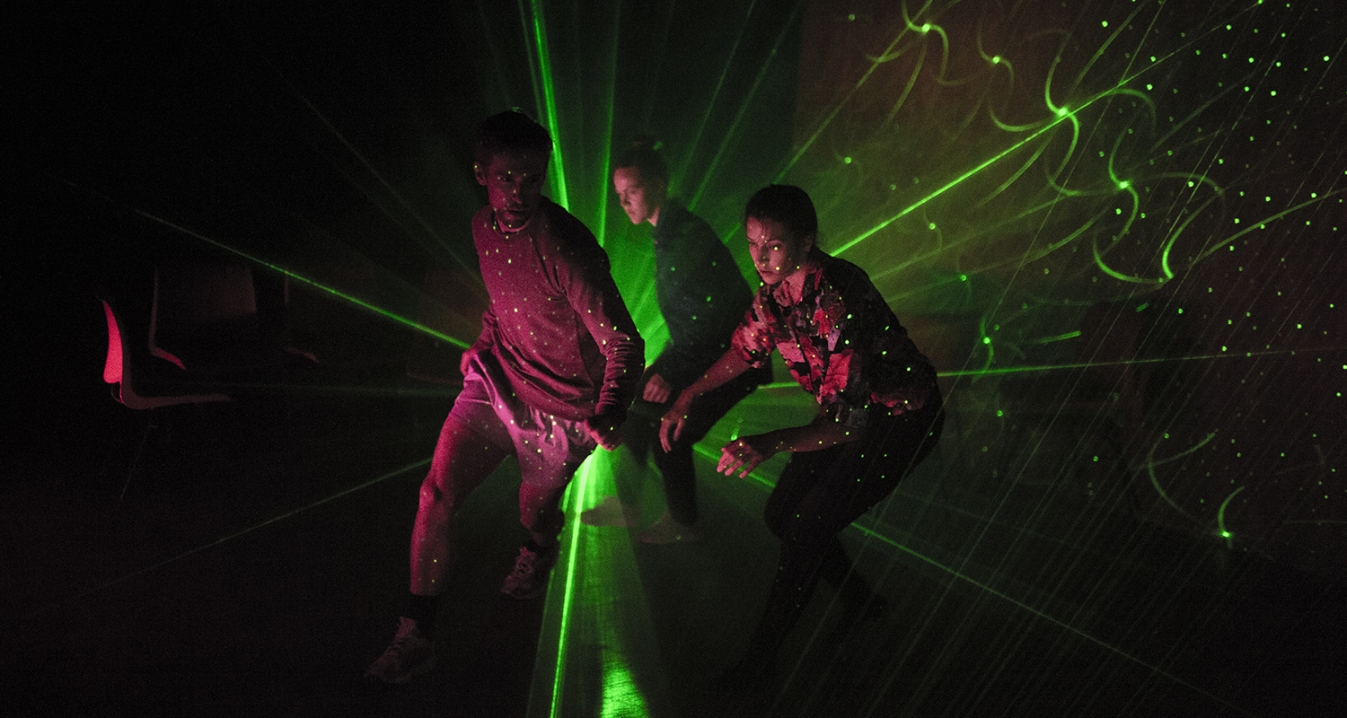 The world consists mostly of people I won't meet. Apartments I don't visit, books I never read, mountains I don't climb and events I'm missing out on. Potential events are like backdrops for actual events. Experiences to be had and knowledge to know about, that I opt out because of time, space, interest, and ignorance

I miss out on almost everything.

Hus forbi is a mysterious and playful dance performance about sharing and dividing space. About how what we see, hear and experience relates to what we don't and how we fill in the gaps between them. Accessible, inaccessible and indirectly accessible events are mixed in a choreographical and scenographical game that invites the audience's imagination to move to the other side of the apparent. The performance first premiered in 2013 and will be reworked for a new premiere in 2018.

The production in 2013 was supported by Arts Council Norway, The Audio and Visual Fund and FFUK.