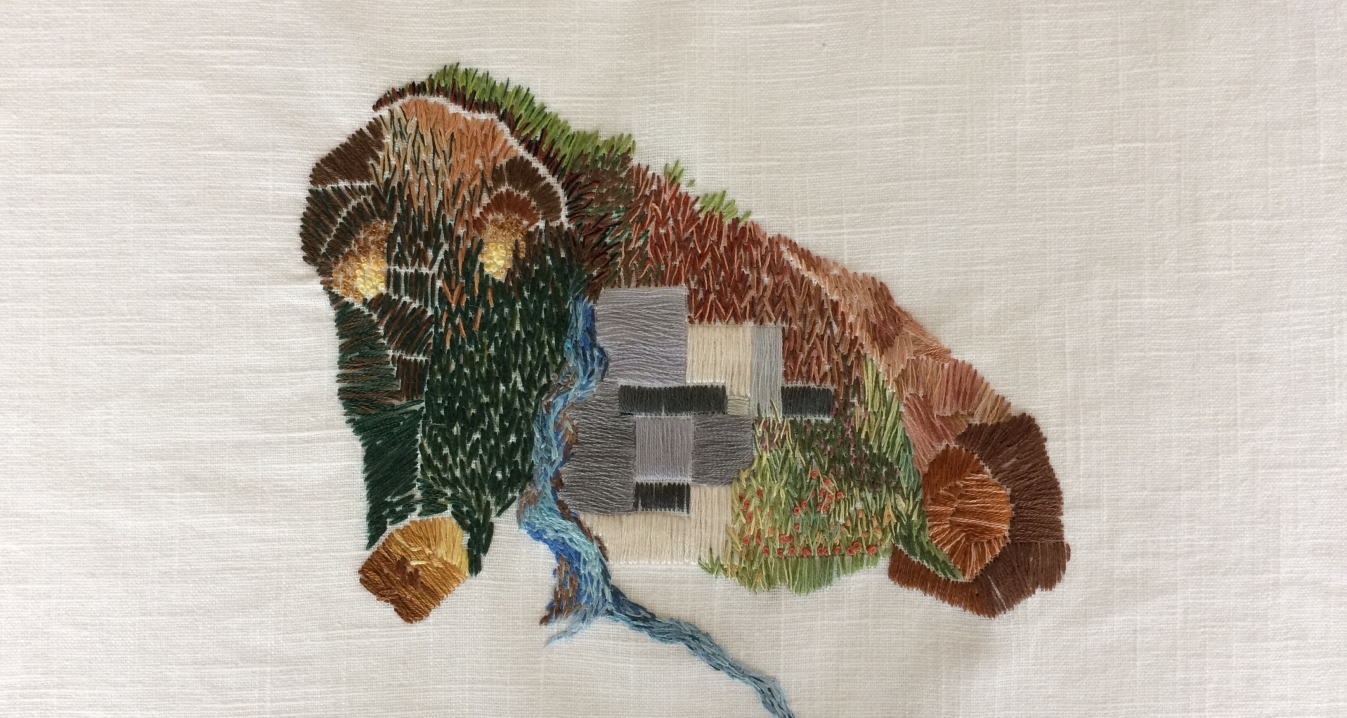 In Loose Threads, the artist Ingrid Larssen draws inspiration from two national / regional treasures in Northern Europe: the Icelandic National Treasure The Elf Woman’s Cloth  from Bustarfell, and the largest treasure from the Viking Age in northern Norway, the Silver Treasure from Bratten in Bodø. Through her embroideries, Larssen draws references to folklore, myth, history, nature and landscape. In Loose Threads art/craftsmanship and history go hand in hand, emphasising the local history of a place.

In the Icelandic saga, the tale tells of an elf stone that was transformed into a house, and into which a magister’s wife was invited. The elf stone has many facets. Ingrid Larssen has been inspired by these and the saga of the embroidered cloth. Archaeologist Birgit Lund has studied the story in greater depth and tried to find answers to some of the questions. Some answers lead to new questions, reasonings and assumptions about The Elf Woman’s Cloth’s many secrets.

The silver treasure from Bratten
The treasure is from the late Viking era and contains jewellery, coins, hacksilver and an oversized brooch. The ring-needle is the largest of its kind in the Nordic region and must have belonged to a man of prominence. It was probably not attached to the costume, but was showcased on some occasions. Around the time the treasure was deposited in the scree above Rønvik, skald Eivind Finnson ,the Poet-spoiler from Sandnessjøen, composed poetry about a similar piece of jewellery. A poor harvest forced him to chop a huge silver brooch into pieces. This way he could pay his housecarls and buy herring. Should we believe the saga, this brooch was even bigger than the ring-needle, and was a gift for a tribute poem dedicated to Icelanders. He called the island ‘land of the eel’s heaven’.

INGRID LARSSEN (b. 1962, Stokmarknes) is an artist whose work evolves around textile jewellery and objects. Throughout her artisanship, she has focused on tradition and renewal, and has participated in several exhibitions at home and abroad. She has experience as an art consultant, curator and project manager. In 2016-17, she was the project manager and curator of ATTACH THE THREAD - embroidery conversations stitch by stitch. Larssen is educated at the National Academy of Craft and Art Industry in Oslo and the Gerrit Rietveld Academy in Amsterdam. She is a recipient of Government Guarantee Income for Artists since 2011.

BIRGIT LUND (b. 1953, Trondheim) is a lecturer and archaeologist. She has worked for 40 years in primary and lower secondary school and has throughout her profession been focused on fostering her students’ curiosity in local history and their own culture, but also in learning to appreciate others’ culture. This has resulted in several research projects with good results within the nationwide Nysgjerrigper competition. She led the school's friendship partnership with a school in La Lucha, Guatemala. Her Master's thesis in archeology focused on dissemination and cultural heritage.

Loose Threads is a production by artisan Ingrid Larssen and archaeologist Birgit Lund in partnership with the Nordland Museum.

Opening: All exhibitions will be inaugurated under the opening ceremony of Bodø Biennale 6th September 18:00 at Stormen Library, sea side. Exhibition visit is possible from 11:00 on the opening day 6 September. 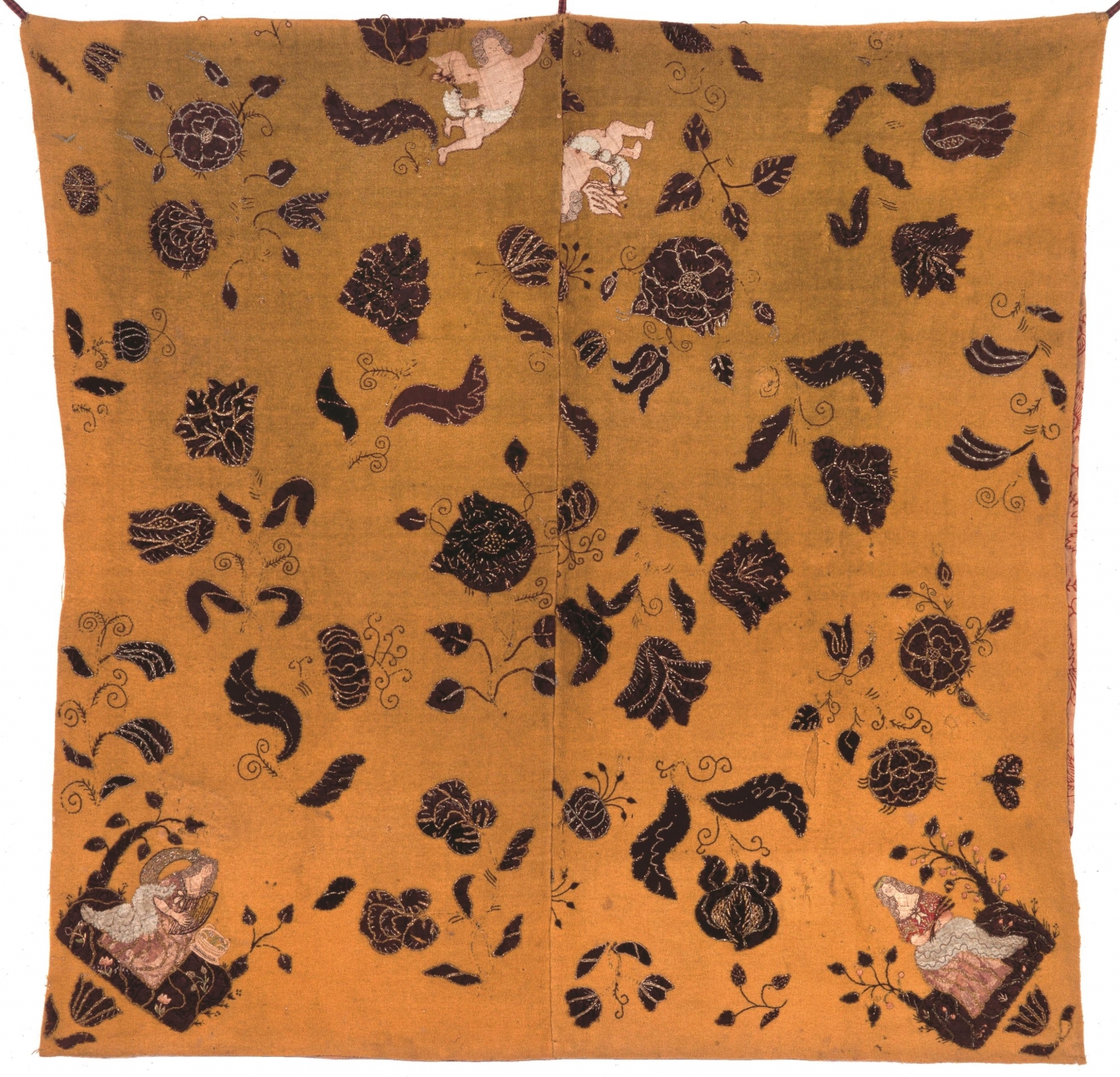 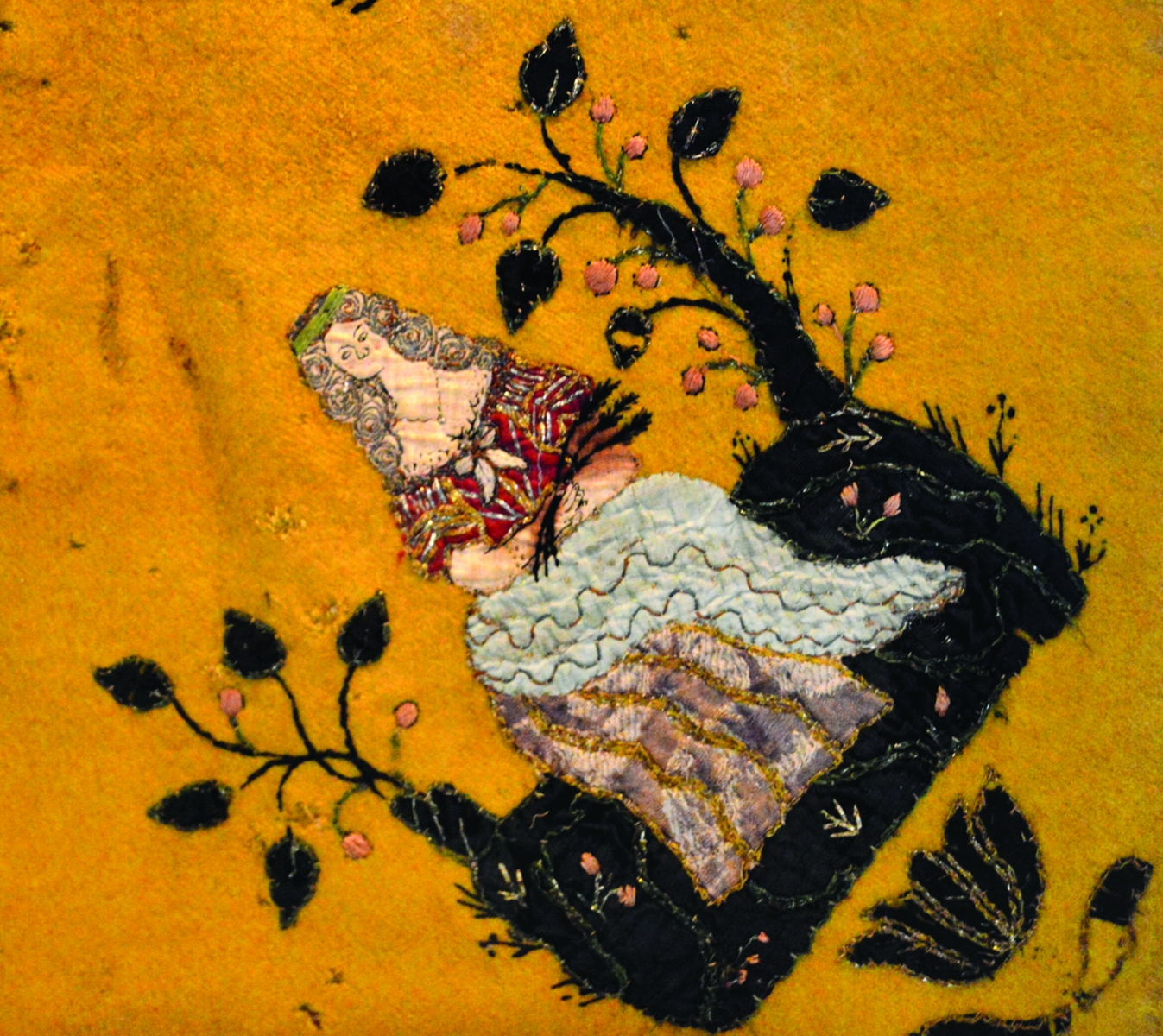