American artist and photographer Spencer Tunick is internationally acclaimed for his site-specific installations of nude crowds. In August, Tunick visited Bodø to create the artwork BODØ BODYSCAPE as part of Bodø Biennale. Spencer Tunick has completed over 75 major projects around the world, but never before in Norway, and never north of the Arctic Circle! BODØ BODYSCAPE is an exploration of Bodø’s identity and sense of place, innovatively engages the public with art, and casts a new perspective on the city through an artistic lens. Four installations took place in Bodø, Norway, on Saturday 11th and Sunday 12th August 2018.

Documentation of BODØ BODYSCAPE will be shown in the form of photographs in various public spaces in and near Bodø centre during the period 6th September – 9th November. A map can be downloaded here.
BODØ BODYSCAPE is a collaboration between Bodø Biennale, Bodø Municipality and Nordland County.
Information for participants about the Gift Print - Pick Up:
As a thank you for participating in BODØ BODYSCAPE, you will receive a limited edition print of the photograph created by the artist.
You will be able to PICK UP your gift print at:
Place: Stormen Library, entrance hall
Date: Thursday 6th September between 5:30 pm – 6 pm. Bring ID.
For those unable to attend, prints will be sent by mail to the address stated on the Model Release form.
ARTIST STATEMENT
I am very pleased to be invited to Bodø Norway to make my first group nude installation above the Arctic Circle. I find the landscape captivating and mystical and the people of Northern Norway to have a profound understanding of how art can be an integral part of their everyday lives. I hope open-minded and risk-taking brave Norwegians can take the journey north and south to pose with the already willing and ready citizens of Bodo.
ABOUT SPENCER TUNICK
Spencer Tunick (b. 1967) is an American artist and photographer. Tunick is best known for staging large-scale installations of the human nude body against a backdrop of urban and natural surroundings. From iconic landmarks to natural landscapes and cultural gems, his installations embrace the spectacular and have taken place at, among other, the Sydney Opera House, Aletsch Glacier in Switzerland, and the Dead Sea.
Performance, sculpture and photography merge into artistic expressions of “living art” in which human form encounters urban structures and landscape settings. The resulting photographs are masterfully complex and aesthetically intriguing, examining notions of individual and collective identity, privacy and nudity. Tunick’s approach is candid and honest; his photographs and video documentation of vulnerable, yet powerful, human masses in public spaces speak of a compelling rawness and authenticity, in which the nude body exudes confidence. 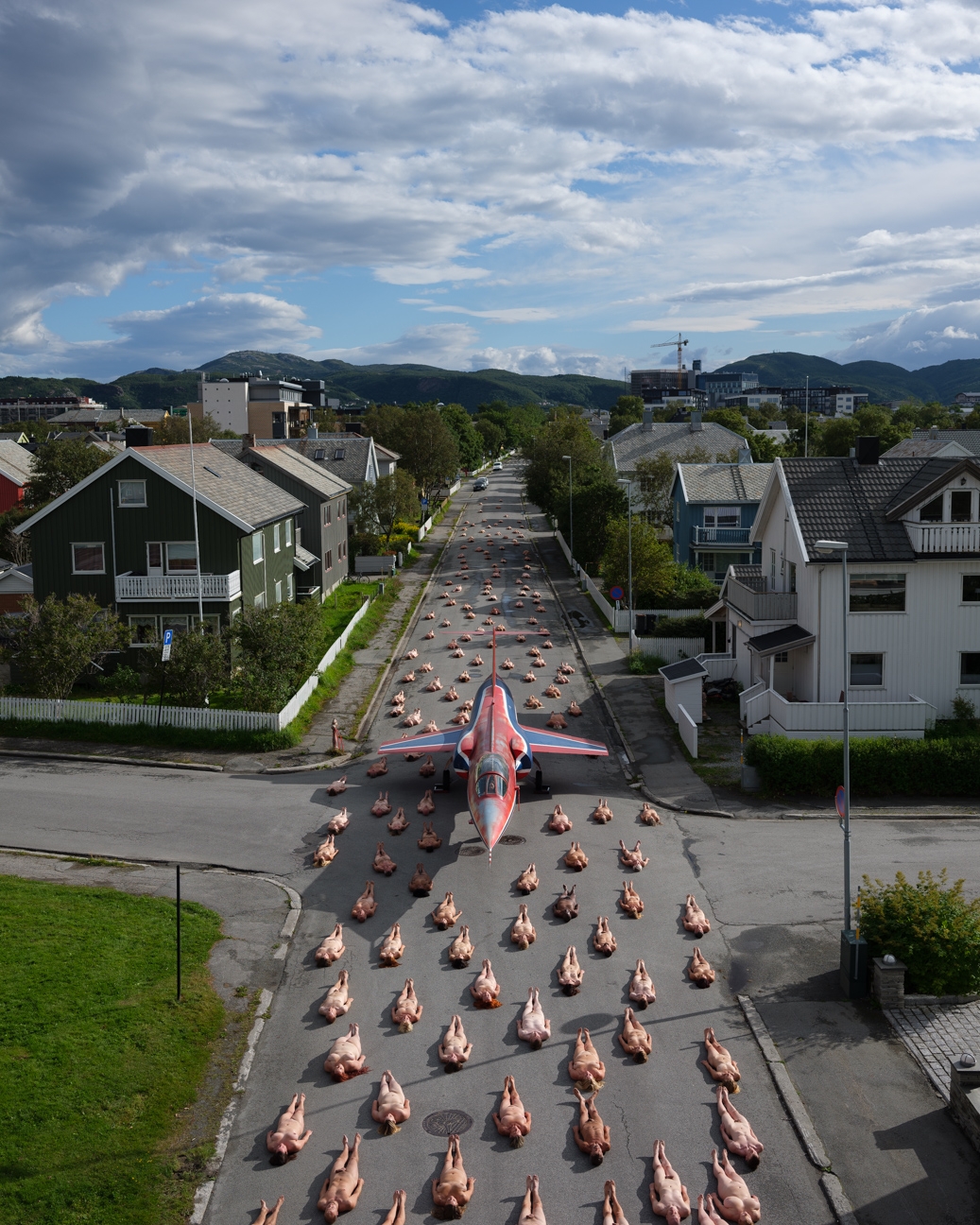 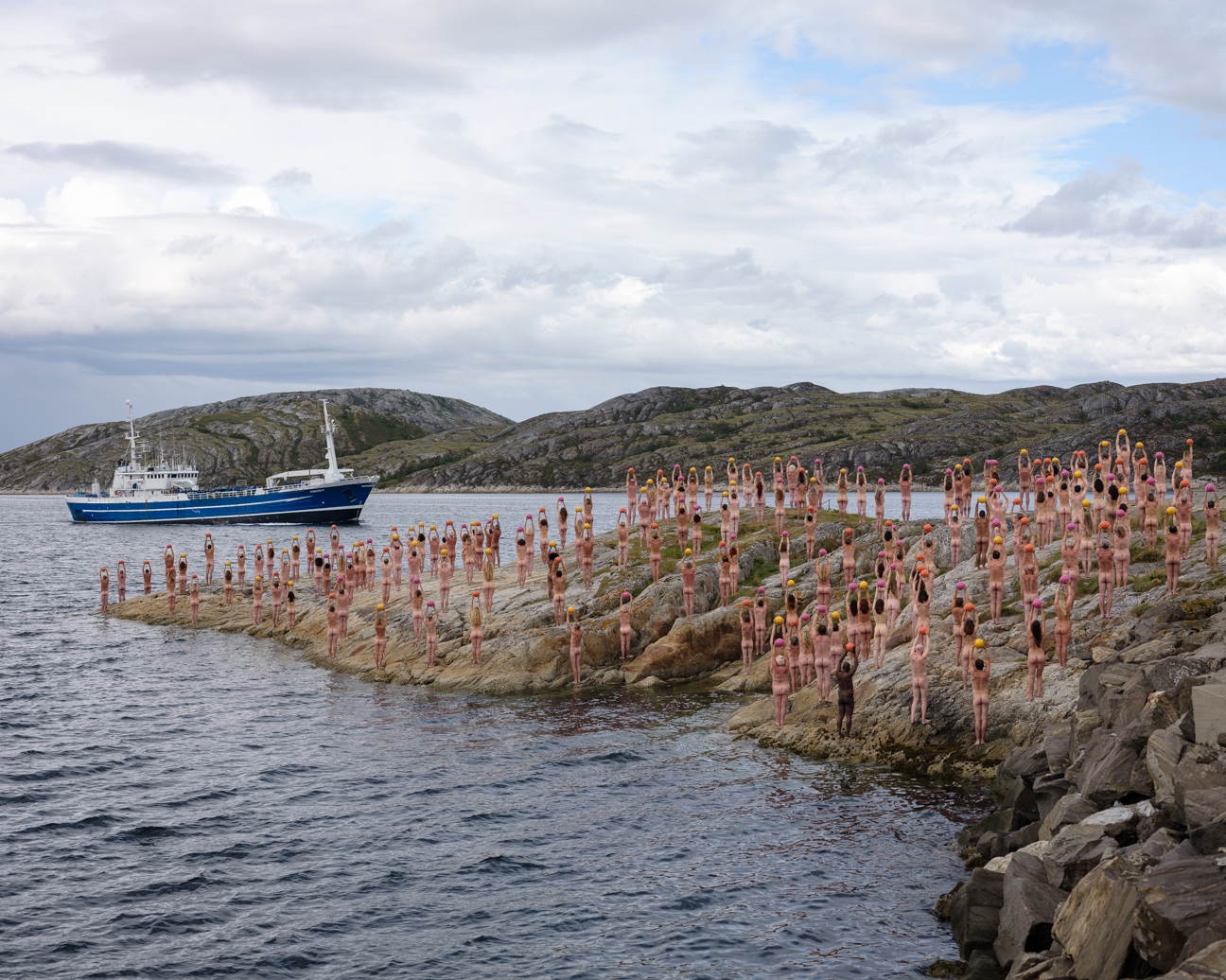 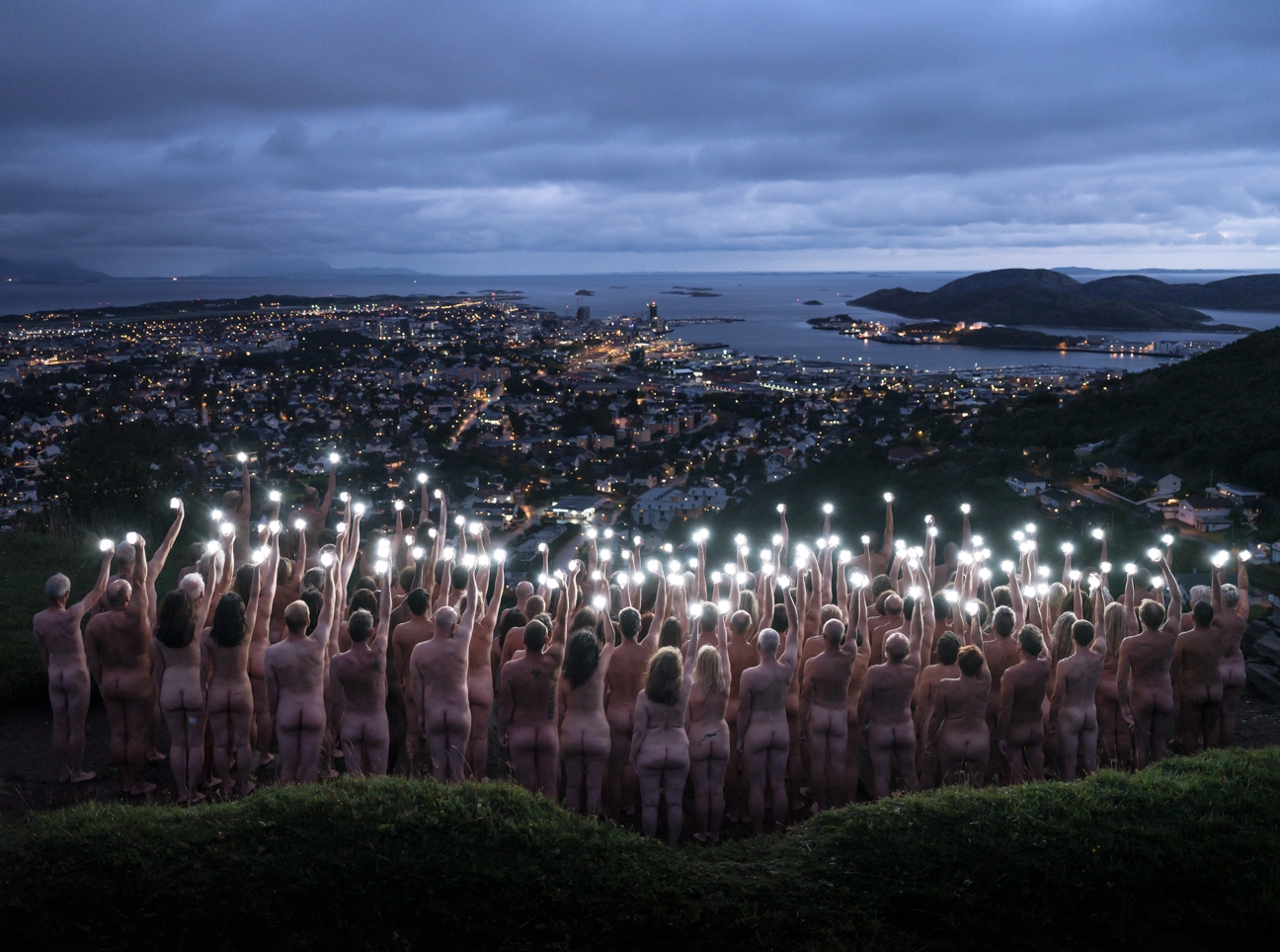 BODØ BODYSCAPE is commissioned and generously funded by Nordland County and Bodø Municipality.