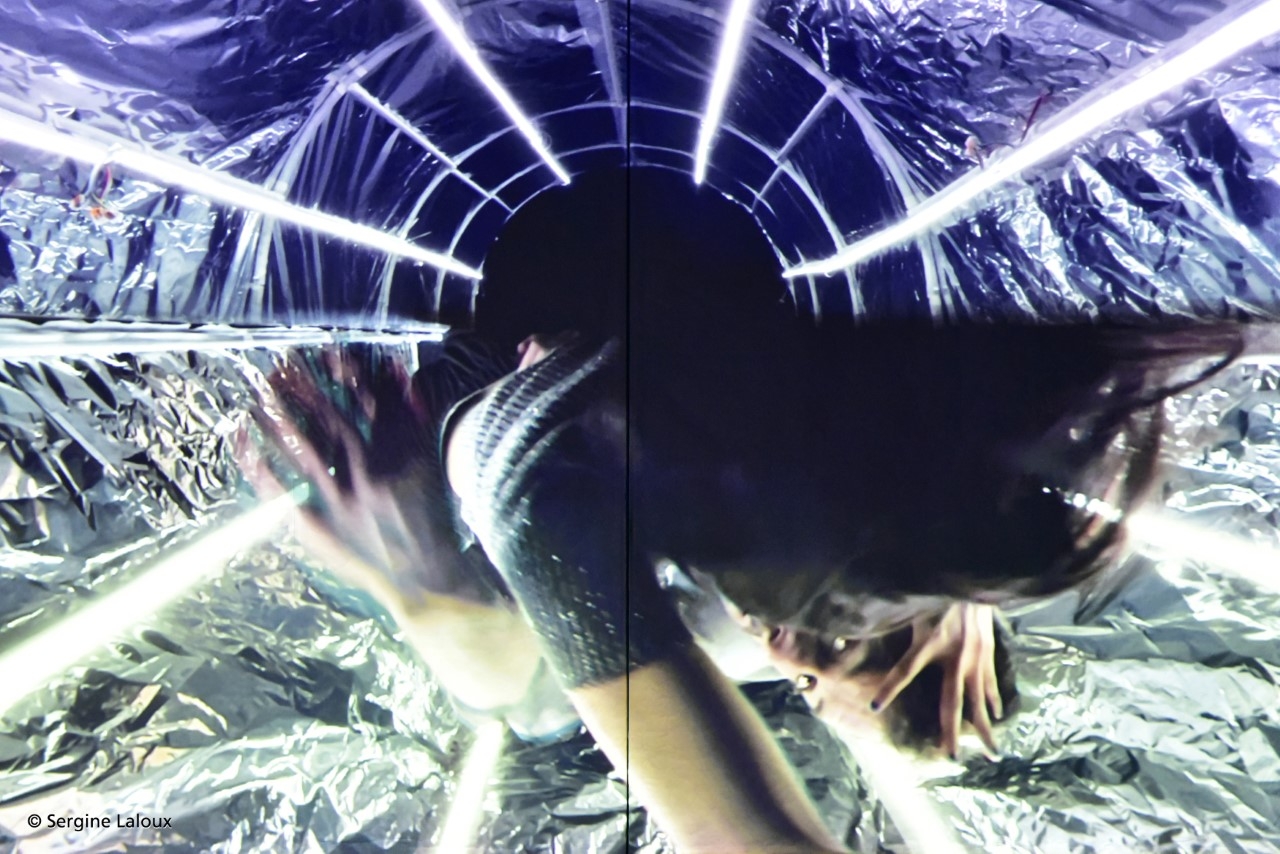 THE EYE, THE EAR AND THE PLACE | MICHÈLE NOIRET
Stormen Concert Hall

The eye the ear and the place:
The performance is presented by Stormen Concert Hall, as part of the Bodø Biennale program.

The action takes place in a future time when most of the insects we know have disappeared. This loss has profoundly transformed our society and our connection with the world. Places dedicated to experiences that call to mind memory and the collective unconscious have seen the light of day with the aim of raising the awareness of those who have not known this world and perhaps one day seeing it return...

In The Eye, teh Ear and the Place / l’œil, l’oreille et le lieu, Michèle Noiret wishes to share the wonder and fascination for the world of insects and the sorrow, the anger felt at its gradual disappearance.

The choreography weaves its way through this anger just as much as it is inspired by the fantastic universe of insects, of which the complexity of rhythms, attitudes and the decomposition of the movements seem strange to us. Such phenomena as the cocoon, metamorphosis, mating and the capture of prey are so many variations that impregnate the movements, the image and the stage design.

In the way of a science fiction movie, the choreographer wishes to address these ecological and societal questions. Without wishing to be didactic, but with the desire to captivate, surprise, puzzle, win over, question the audience.

After the premiere on the 2nd of September, we invite you to attend the artist talk with the choreographer, Michèle Noiret.

Michèle  Noiret  is  a  recognised  artist  in  the  world  of  contemporary  dance  in  Belgium  and  abroad.  A  true  pioneer,  in  the  1990s she introduced the interactive technologies of sound and image in her choreography, questioning our perceptions of time and space. The critic Gérard Mayen was the first to coin the expression «dance-cinema» to evoke her work, in 2003.

From  one  creation  to  another,  the  choreographer  loves  to  cloud  things  and  sow  confusion.  She  reinvents  and  deepens  the  concept  of  « dance-cinema»  by  the  recurring  questioning  of  movement,  music,  light  and  image.  Through  these  multiple  languages and their meticulous arrangement, the artist explores the human, its flaws, its desires and the chaotic world that we live in. Her dance reveals a style that is both fragile and strong, supported by a rigorous and inventive search, borne by the dancers, true «choreographic characters».