BACK TO PROGRAM
TICKET 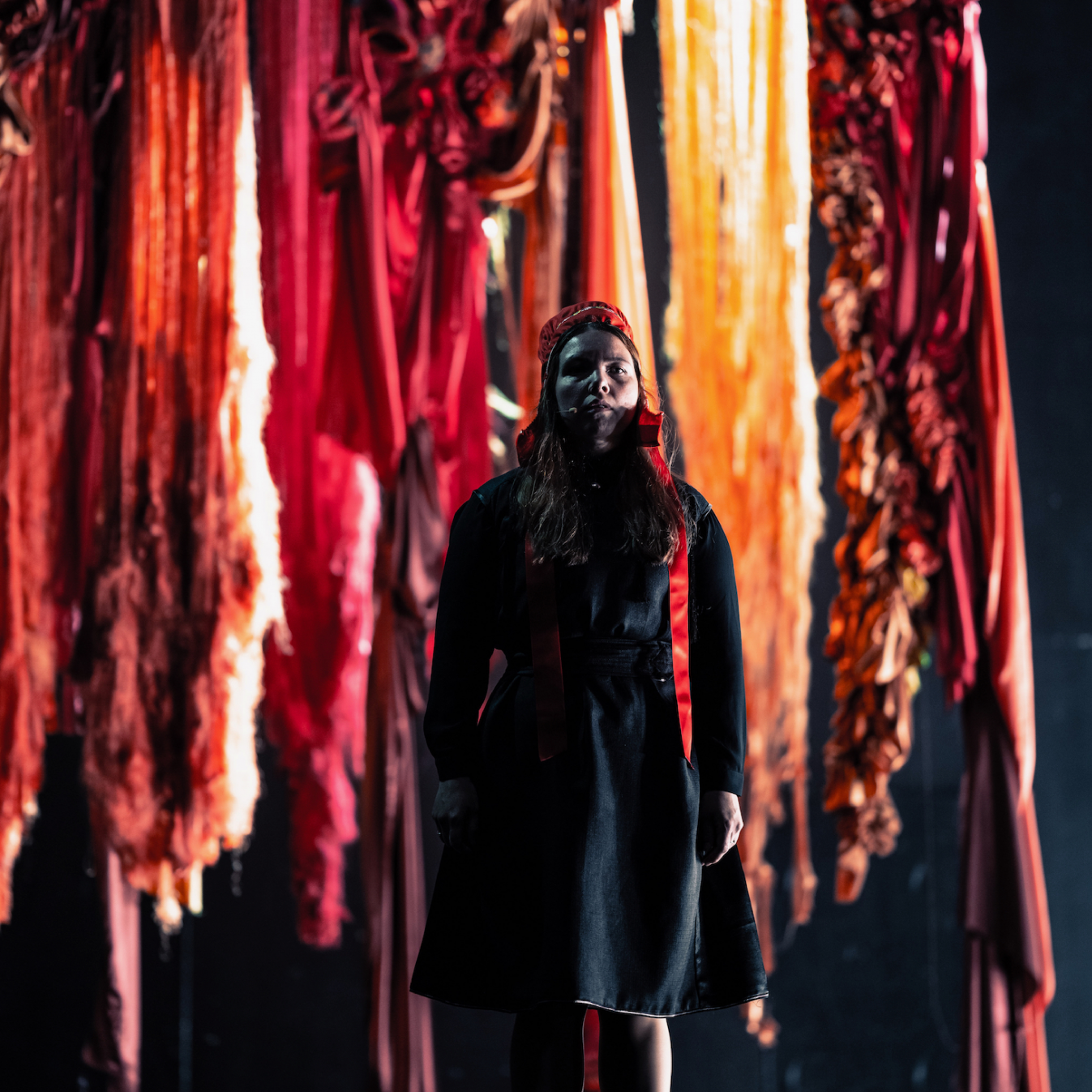 Vastadus eana / the answer is land:
The performance is presented by Stormen Concert Hall, as part of the Bodø Biennale program.

«The power that rises from when we stand together interests me. How much stronger we are when we are part of a community.»
- Elle Sofe Sara, artistic director and choreographer

Community and kinship between people, with nature and with the earth we all share, are the main themes of Vástádus eana/ The answer is land. The piece is performed by and for its seven female performers, who come from different backgrounds and life experiences, bringing their own story, body and voice into the work. Elle Sofe's focus is on the intentions behind movement, gaze, timing, direction, intensity and presence on stage. The choreography is inspired by demonstrations, Sami spiritual practices and formation dance. Written specially for the performance by composer and professor of yoik, Frode Fjellheim, the polyphonic yoik works as a supportive pillar throughout the work. Fjellheim showcases the breadth of the yoik and broadens the definition of what Sami traditional music can be.

«Powerful in a quiet yet magnificent way.»
- NRK

«A uniquely coherent combination of music, song, yoik and the physicalmlanguage of dance art.»
- Nordlys

BIO
ELLE SOFE SARA is described as one of the most interesting and important choreographers in her generation in Norway. She grew up in and lives in Guovdageaidnu Finnmark. In addition to working as a choreographer, she has also made several award-winning short films and documentaries. She is currently working on a feature film, which will be the first feature film musical in Sámi language.

Sara’s work expands upon seemingly mundane, often overlooked areas of Sámi physicality — unspoken rituals that have escaped the vice grip of colonialism. Sara uncovers a space in which the past and the present coincide.

While her choreography is known for its playful approach, she also delves into taboo subjects such as trauma, abuse, and suicide. As an Indigenous artist, Sara seeks to create work that resonates as strongly for her community as it does for the art world. Internationally, Sara has created work with Liu Chi (China), Wimme (Finland), and Lana Hansen (Greenland) among others. She is also the co-founder of DÁIDDADÁLLU, a Sámi indiginous contemporary art collective.

When she is not working with choreography or film, or traveling for work, Sara can be found marking reindeer calves with her children or reading animal tracks in the snow.