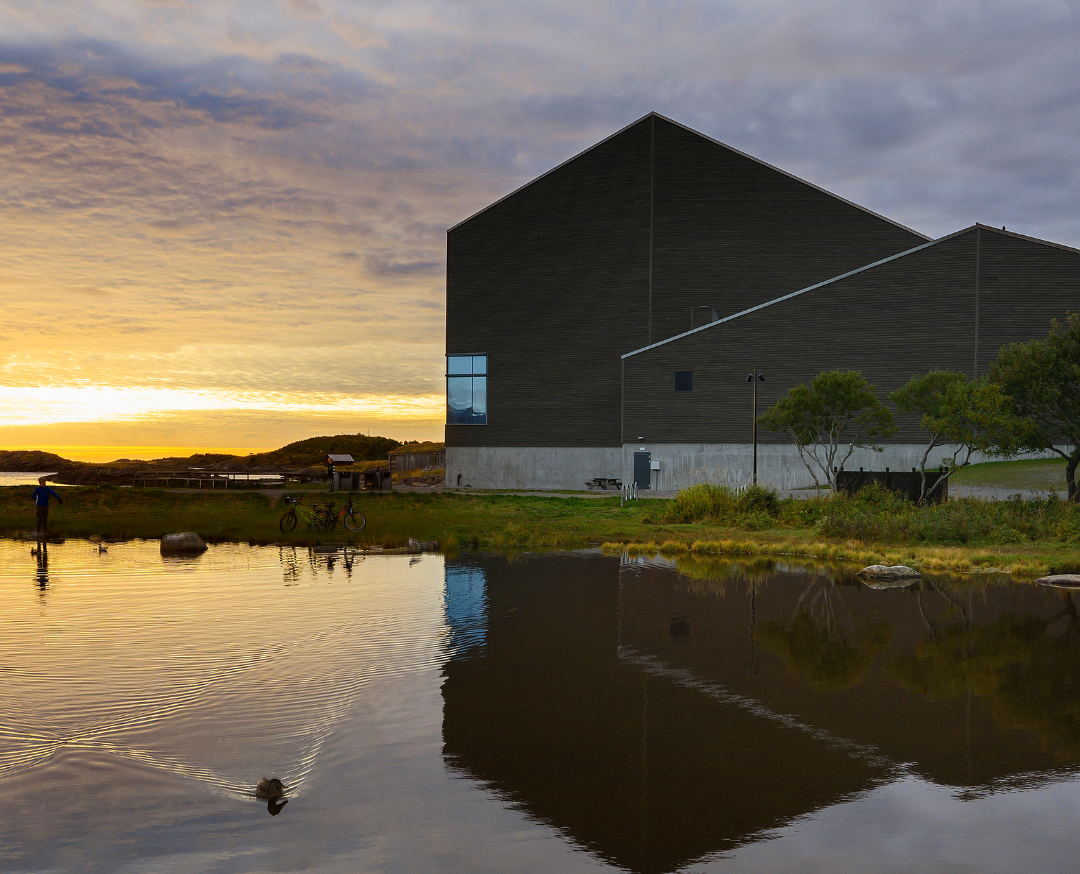 Border / No Border is an international art project and a collaboration between Prosjekt 67 and Arctic Art Institute. The art project is represented by Russian artist Ulyana Podkorytova, British artist Ruth MacLennan and Norwegian/Sami artist Elina Waage Mikalsen. These three artists will present three different art projects on three different locations in Bodø. All artists often work with themes and inspiration connected to the arctic or northern areas. Both from culture, history, environment and mythology. Common for the works in this project is knowledge and women’s role as storytellers and provider of knowledge and traditions. This through action and observation. Also how nature and the surroundings play a part in the process of understanding and feeling present, and as a gateway between reality and the supernatural.

Podkorytovas will do a performance that will take place in the conference hall at Jektefartsmuseet. Duration around 17 minutes.

There will also be a panel discussion hosted by curator Ekaterina Sharova together with Russian artist Ulyana Podkorytova and British artist Ruth MacLennan.

Ruth Maclennan is an artist living between London and the far north of Scotland. Her work includes films, video installations, photographs, performances, writing, drawing and interdisciplinary and collaborative projects. Her recent films and photographs explore how the climate emergency has irrevocably transformed experiences of place and landscape – both for the inhabitants, and as representation.

Maclennan exhibits widely internationally.  She is known for her films set in post-Soviet countries. She has a PhD from the Royal College of Art and is Research Associate at Scott Polar Institute, University of Cambridge. She teaches moving image at Central Saint Martins and lectures internationally. Her films are distributed by LUX.

Ekaterina Sharova is a Russian-Norwegian curator, researcher and educator. Having interdisciplinary background in pedagogy, philosophy of education and history of art she is interested in redesigning the invisible social threads, bringing back the forgotten histories and the meeting points between various – seemingly disconnected – approaches. She is interested in power, knowledge, communication and materiality.

Ekaterina has been involved in placemaking processes in the North since 2012. She holds a BA in Pedagogy and Literature from Pomor State University, BA in Aesthetics and MA in Art History from the University of Oslo.  She has been an advisor for the National Gallery of Canada and the VAC Foundation. Ekaterina has curated and co-curated participatory projects for Kunstnernes Hus in Oslo, Kunsthall Stavanger, La Colección del Museo Ruso de San Petersburgo, Málaga as well as festival Barents Spektakel 2015, Arctic Art Forum (2016-2020). She has been a board member of the Arctic Arts Summit.