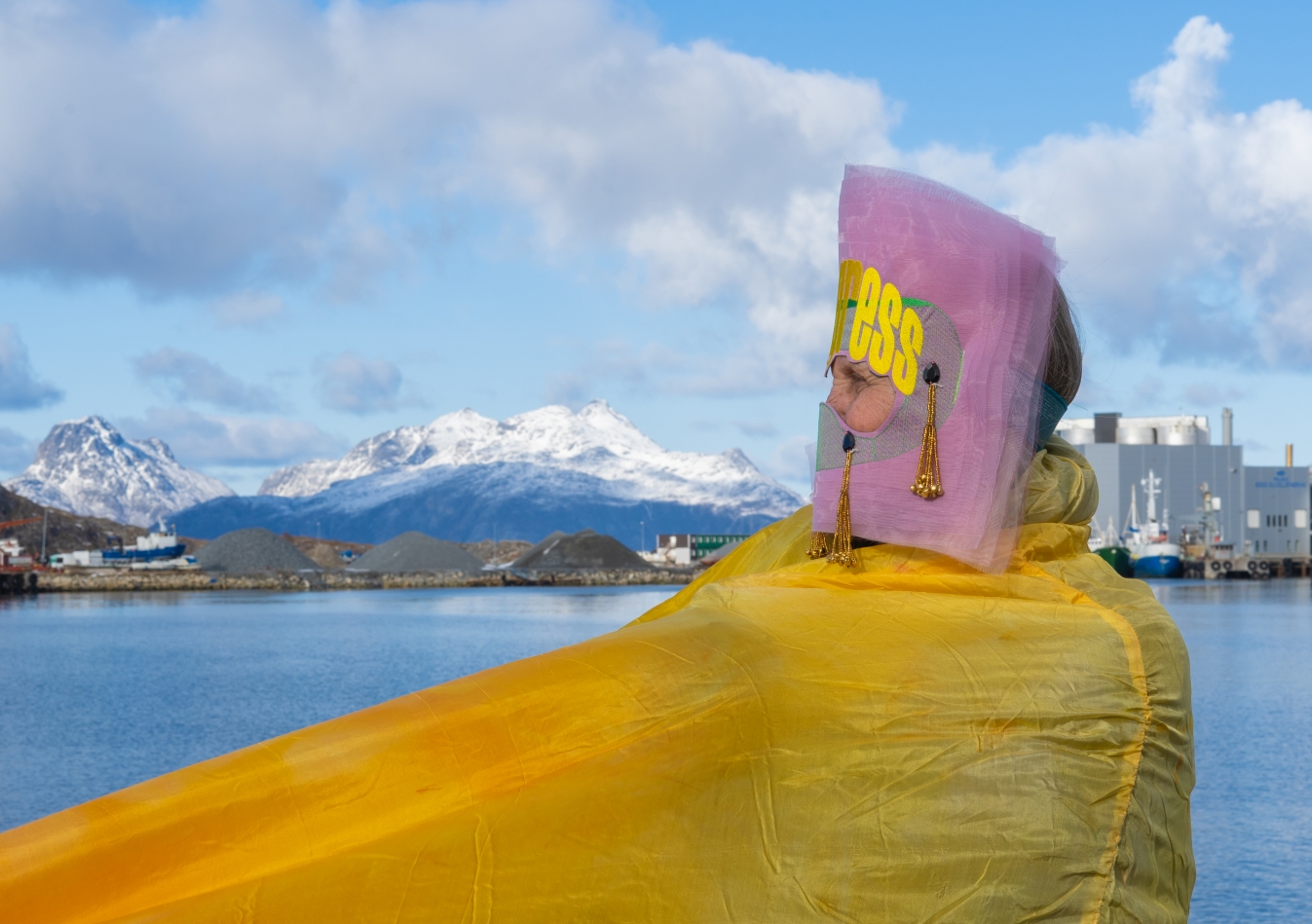 Go Cry On Somebody Else's Shoulder by Kiyoshi Yamamoto is conceived as a longterm process -before, during and after the Bodø Biennale. Since the first meeting at the Tusenhjemmet last year, the artist has initiated several textile-based workshops that have addressed an older population in the city. During the biennale days, the work appears as a book exhibition of notebooks To dream, as well  as announced and unannounced performances.

BIO
KIYOSHI YAMAMOTO (b.1983, Japan) grew up in Brazil. He lives and works in Bergen. He received his master's degree in art from Bergen College of Art and Design in 2013 and has studied at London College of Fashion and Escola de Belas Artes in Rio de Janeiro. Kiyoshi has a great interest in textiles, clothes and costumes, and their reuse, often in relation to little visible or underrepresented groups.

Kiyoshi works with textile dyeing, sculpture and performance, and investigates themes related to language, identity and existence. He is represented in several collections, including the KODE museum in Bergen and the Norwegian Embassy in Brazil.