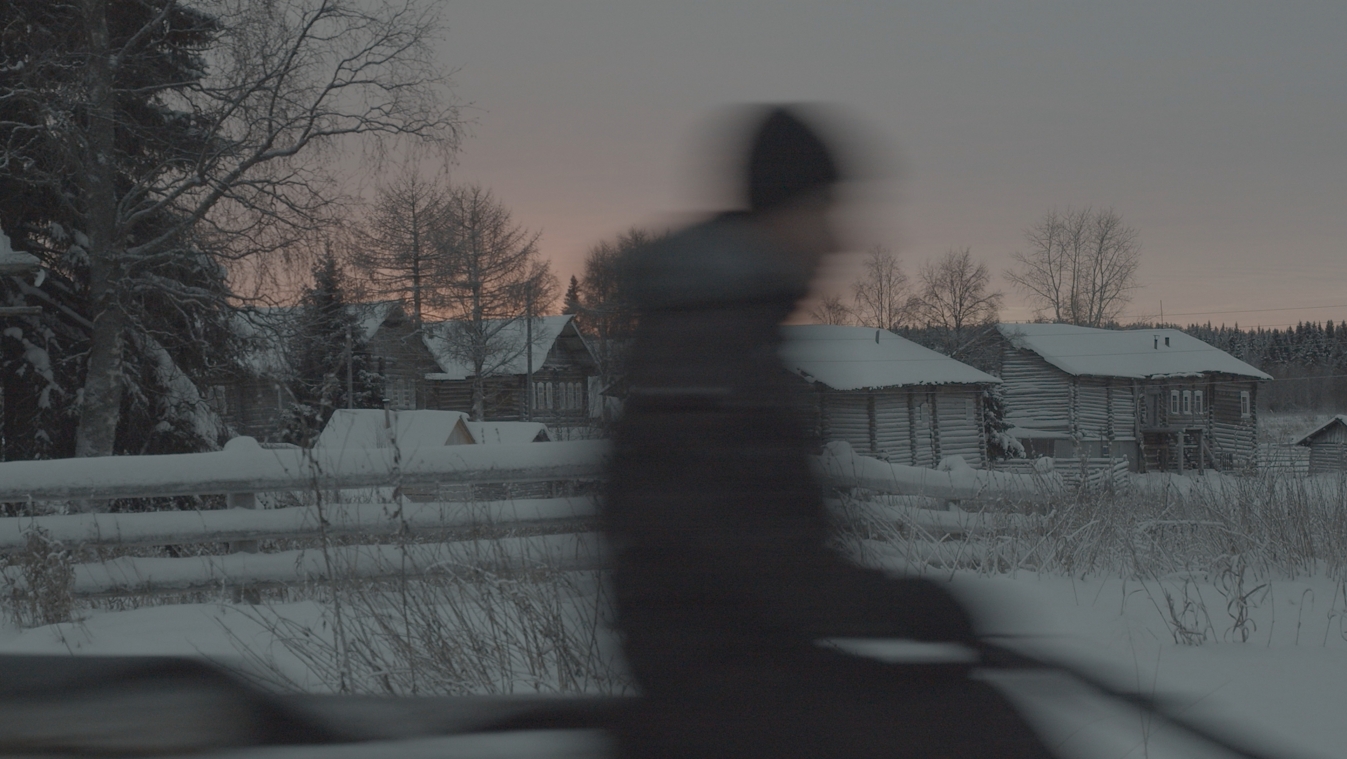 Ruth Maclennan is an artist based in London and Scotland. Her latest films and photography explores how  climate change has affected and altered our experience and  understanding of places and landscapes. In this project she will  screen her latest film A Forest Tale. This was filmed during a collaborative project with Arctic Art Institute and Film and Video Umbrella in winter 2021-2022 and funded by British Council Creative Commissions  for Climate Change. The lens of the artist shows the human and non-human stories of the North where the forest and the animals become actors. We learn what has happened with the Euro-Arctic forest ecosystems in Russia in the recent decades of technological (first of all, military) progress. The film is shown in Europe for the first time.

This film was shot over two weeks in December 2021 in remote areas of European Arctic Russia. The northern winter is a time for gathering round a fire to find comfort and delight in sharing stories and food. The unfinished stories in A Forest Tale are collectively made, words in motion, fashioned by hand, voice and long experience, tales of a place through time. Time here is elastic, playing backwards and forwards, as people and forest hold out against present threats including climate change, industrial logging and political adventurism, working to survive and flourish in the future. The trees – larch, pine, fir and birch – and forests are the matter and world of these stories and lives, incarnate in the houses, tools, artefacts, food and heat.

While A Forest Tale was being filmed, Russia was assembling thousands of troops on the border with Ukraine, and a sense of foreboding was in the air. We spoke of our fears of what might be about to happen. But the film was finished before the invasion of Ukraine, and therefore it seems important to let the voices and places of that moment speak for themselves, and not distort them with hindsight.  Something good happened in that little corner of Russia, though the war can make it hard for people to appreciate that anymore. A film, at least for its duration, replays that elastic time again, conjuring a ‘what if’ to replace the desperate feeling of ‘if only’.

Panel discussion: Ekaterina Sharova from the Arctic Art Institute will host  an artist talk with Ruth MacLennan and Russian artist Ulyana  Podkorytova. This event will take place at Jektefartsmuseet.  Duration around 45 minutes.

Border / No Border is an international art project and a  collaboration between Prosjekt 67 and Arctic Art Institute. The  art project is represented by Russian artist Ulyana Podkorytova,  British artist Ruth MacLennan and Norwegian/Sami artist Elina Waage Mikalsen. These three artists will present projects on three different locations in Bodø. All of them often work with themes connected to the Arctic or Northern areas, both from culture, history, environment and mythology. Common for the works in this project is knowledge  and women’s role as storytellers and providers of knowledge. Nature and the surroundings play an essential role in the process of understanding  and feeling present, and as a gateway between reality and the  supernatural.

Ekaterina Sharova is a Russian-Norwegian curator, researcher and educator. Having interdisciplinary background in pedagogy, philosophy of education and history of art she is interested in redesigning the invisible social threads, bringing back the forgotten histories and the meeting points between various – seemingly disconnected – approaches. She is interested in power, knowledge, communication and materiality.

Ekaterina  has been involved in placemaking processes in the North since 2012. She holds a BA in Pedagogy and Literature from Pomor State University, BA in Aesthetics and MA in Art History from the University of Oslo.  She has been an advisor for the National Gallery of Canada and the VAC Foundation. Ekaterina has curated and co-curated participatory projects for Kunstnernes Hus in Oslo, Kunsthall Stavanger, La Colección del Museo Ruso de San Petersburgo, Málaga as well as festival Barents Spektakel 2015, Arctic Art Forum (2016-2020). She has been a board member of the Arctic Arts Summit.

Supported by:
Bodø 2024 and Barentskult