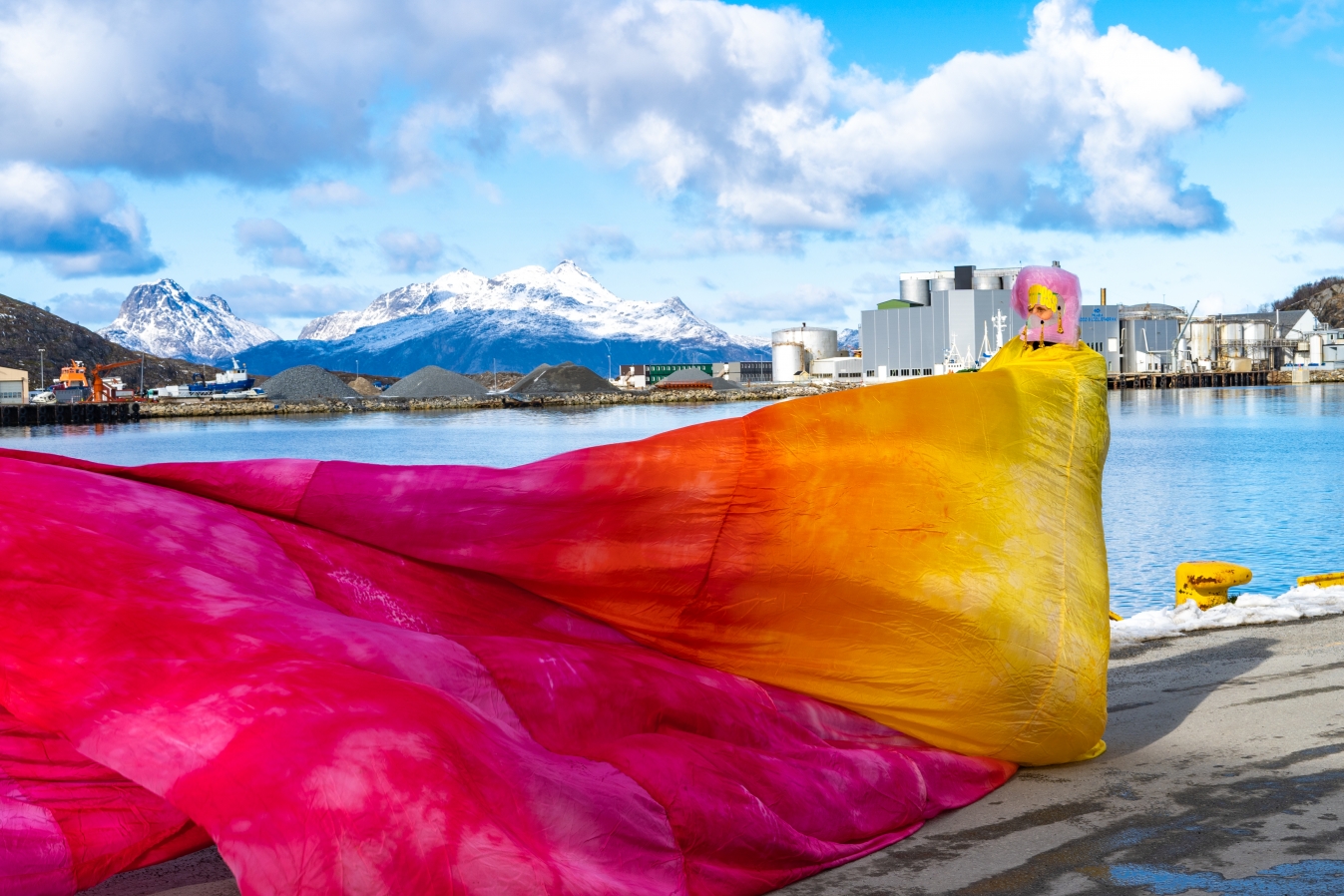 During this year's Bodø Biennale, textile artist Kiyoshi Yamamoto uses the museum as an arena for a  unique photo shoot.

The planes form an exciting contrast to the photo models who are dressed in colorful, extravagant costumes and silk masks. Group photos and portrait photos of models will be taken among aircraft and objects in the museum as part of the performance.

The models are creative pensioners and some of them have made their own mask at a mask workshop held by the artist, and some have also coloured silk from which artist has sewn the costumes.

The work, entitled Go Cry on Somebody Else's Shoulder takes place in several parts, before, during and after Bodø Biennale. Among other things, the artist has drawn inspiration for the work from the museum's wedding dress made of parachute silk from the Second World War.